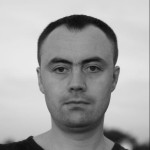 1. Wide of market square in the village of Colonita
2. Various of youths selling watermelons out of the back of a car
3. Close up of watermelons
4. Old people walking along street
5. Country lane towards end of village
6. Old man with stick walking down the road
7. Old man with stick passing woman tending ducklings
8. Various of ducklings
9. SOUNDBITE: (Romanian) Lydia Ursu, Farmer’s Wife, Vox Pop:
“We expect a better life. We want jobs for our young people so they can earn a living. We want our children to go to school. Everything we do, we have to pay, pay, pay – but we don’t have the money.”
10. Wide of polling station in village centre
11. People entering polling station
12. Voters and officials inside polling station
13. Voter registering
14. Old woman putting ballot in ballot box
15. SOUNDBITE: (Romanian) Nina Mazilu, Pensioner, Vox Pop:
“We want a pure language and a better future, not what we have at the moment.”
16. SOUNDBITE: (Romanian) Burca Gheorghe, Farmer, Vox Pop:
“We don’t expect anything from the new government at the moment. We don’t know how things will turn out.”
(Question: “So why have you come to vote?”)
“To see what will happen next.”
17. Various of children playing in playground near market square
18. Voters Valeria and Nina Cernei (sisters) leaving polling station
19. SOUNDBITE: (English) Valeria Cernei, Student, Vox Pop:
“I want to change something in our country, something else and something more good for you, for us. I want to change.”
20. Wide of main road leading out of village

STORYLINE:
Voting was underway on Wednesday in closely monitored elections that could shift the impoverished former Soviet republic of Moldova away from Russia and toward the European Union.
At stake is whether the country will stay tilted towards Russia under the leadership of the ruling Communist party, or choose the EU-oriented opposition.
But it’s also a battle between the city and the countryside.
The Communists enjoy some of their strongest support in the countryside.
But in one small traditional village, Colinita, just six kilometres (3.7 miles) from the capital Chisinau, some said they were hoping for change.
“We expect a better life,” said farmer’s wife Lydia Ursu as she tended ducklings on the main road of the village.
Inside the polling station, villagers queued to cast their ballots.
Pensioner Nina Mazilu said she wanted her country to be free of Russian-language influences.
“We want a pure language and a better future, not what we have at the moment,” she said.
Valerie Cernei, a student, said she was voting for the future of all Moldovans.
“I just want change,” she said.
Moldova has been in political paralysis since April parliamentary elections sparked violent protests, with the opposition claiming the balloting was rigged by the government.
At least three people were killed and hundreds of others arrested after protesters – some of whom used the social network Twitter to organise after cell phone networks went down – stormed parliament and the president’s office.
Polls suggest the ruling Communist Party was leading with about 31 percent heading into Wednesday’s vote, but analysts said four pro-European parties could win a combined 33 percent and form an alliance to elect the country’s next president and move it toward the West.
Turnout in the first six hours was at almost 30 percent turnout, according to the Central Electoral Committee.
It was some three percentage points more than in the same period during the disputed April 5 election.
In an effort to discourage any attempts at vote fraud, more than 3-thousand foreign and Moldovan observers were monitoring Wednesday’s elections.